Are you struggling with your teen?

Are they no longer listening to you?

Are you constantly arguing with them?

Does it feel like more distance is growing between the two of you?

Do you find that your teen is being mean, disrespectful, or defiant?

In this article you are going to learn: 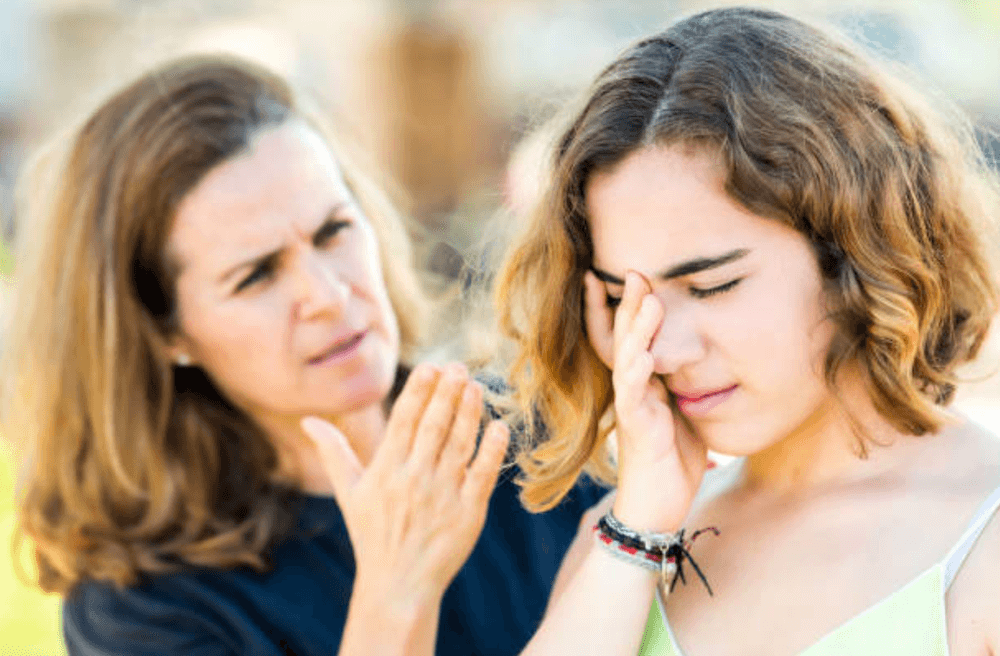 What Is Parent Teen Conflict?

There comes a point in your child’s development where they start to grow up and think for themselves. When they were younger they would (generally speaking) do as they are told and behave like a good boy or girl.

But eventually when they reach the ages of eleven or twelve, they begin to question your authority and are no longer listening to you verbatim.

They are now beginning to think independently and want to have a say in how they live their own life and not just follow your rules blindly.

When this transition happens within your relationship with them, it shifts the dynamic and your child will begin to talk back, not listen, and not do as they are told.

As soon as the foundation of your relationship begins to break, conflict begins to set in and because you probably have not learned how to resolve these issues in a constructive manner where over time things begin to build up and every conflict you endure creates more barriers and separation in your relationship.

When things go unsaid or unresolved in a household, your peaceful environment starts to breakdown where tension is constantly felt on both sides.

If these issues go unchecked, within one years time, your relationship with your son or daughter breaks and things become very tense around the house where arguments can break out at any given moment which means you are constantly arguing over every little petty thing.

Here are just some of the symptoms (but not the root cause) of conflict in your household:

Why You & Your Teen Are Having A Conflict

Many parents make the mistake and think that the “symptoms” (mentioned above) are the cause of why they are having problems with their teenager.

However this is not true.

The real root cause of the conflict are one (or both) of the following:

1. They are upset at you

As stated earlier, if you have issues that have not been resolved with your son or daughter, then chances are that they are angry with you.

As time goes by and these issues do not get addressed, your child will begin to lose respect for you.

Little by little, they start to see you in a different light and when you try to express your authority in some way, they have shut down and are not listening to you.

Even worse, they start talking back in a disrespectful and defiant manner.

2. You have not set clear expectations for them

When your child hit a certain point in their life where they no longer want to be treated as a “child”, this means that for them they are now ready to start becoming a young adult.

Unfortunately, during this transitional phase, both child and parent do not take the time necessary to change the relationship dynamic.

Because it is at this point where you need to sit your child down and let them know that you and him/her are going to be establishing a new relationship with each other.

And because most parents are not taking the time to do this with their teenager, they become rebellious because they feel the need to have to fight for their freedom.

If you feel this is the situation you are in, then be aware that when your child behaves this way, they are doing so because they feel threatened and are in survival mode.

Your teen does not have the communication skills to come to you and say:

“Mom/Dad, its time for me to become an adult so I want to establish a new relationship with you where I start earning my freedom and you begin treating me in a different way. I understand that I still need to follow some rules but we need to get clear about how you are going to start letting me live my own life.”

This is all about setting clear expectations:

A. What can your child expect from you with regards to doing more things on their own?

B. What do you expect from them so that they earn these freedoms?

But the most important thing you must remember is to NOT focus on the symptoms.

Focus on the root cause only otherwise you will end up like a dog chasing its tail having circular arguments with your child that never resolve anything.

The first thing you need to do is assess which situation you are in:

A. Is your teen dealing with past resentment from unresolved issues?

If this is the case, you are going to need to invest the time to resolve these issues with them so that you are both on the same page and that any past arguments or traumatic experiences have been healed and resolved.

B. Are they trying to distance themselves from you so they can establish their own identity?

If this is the case, you are going to need to change the relationship dynamic with them and establish a new set of clear expectations where you work with them on an ongoing basis so that they see a clear path on how they are going to begin earning their freedom from you.

The key here is that you must get them to “buy in” so that they become self-motivated and want to work with you on this process so that you don’t have to nag or drag them along the way.

Getting your child to “do what you want” is not a good approach as they will only fight back and rebel even harder.

They must buy in and see the benefit for them as well.

This Process Will Be Uncomfortable For Them

Chances are that your teenager has not learned how to handle conflict in a healthy and constructive manner. I have yet to meet any teenager who can express their emotions in a calm and rational way, let alone one who wants to talk about their problems or emotions in an open manner.

But why would they?

They are still a child in many ways and have not learned effective communication skills.

Teenagers are at a point in their development where they are now seeing that they must learn how to handle their emotions.

This means that you must be prepared to guide them and use this as a teachable moment.

Do not expect your child to “want to do this”.

You are going to need to lead the way if you expect to bring your relationship back to ground zero.

In reality, this is an opportunity for you to step up and become a better parent.

Remember, this IS what you signed up for when you had a child.