In this lesson you are going to learn why teenagers like to use MDMA, ecstacy, or “Molly”, and what you can do to keep them safe.

In it you will discover: 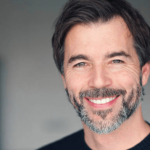 My name is Sam Miller and for the last 20 years I have been helping parents regain control of the situation with their child as well as helping their teenagers deal with depression, addictions, anger, rebellion, anxiety, stress, lack of motivation, school problems, and more.

My mission is to…

Please enjoy these free tips on how to help your teen.

Ecstasy (MDMA or Molly) is a pill that was developed in the 60’s as a drug offered by therapists for married couples having marital issues. The therapist would have the couple take the pill during therapy sessions so it would open them up to have deeper and more meaningful conversations. Depending on your perspective, this might sound very controversial but in its purest form (not what you find on the streets) I think a lot of people would benefit if they were to take ecstasy at least once in their life. If used in the right way with good intention, it can really heal a lot of people by helping them get in touch with their emotions.

I have seen some of the most aggressive gangsters turn into little children within minutes (I kid you not). A lot of gangsters would come to my raves and I saw them change instantly. It REALLY does feel like you are in bliss, heaven, Utopia, etc. and ones ability to get in touch with their feelings and emotions is taken to a whole different level. In my opinion, this is a magic pill that can work miracles when done with good intentions and in the appropriate environment.

Ecstasy makes you feel amazing (euphoric) by releasing a large amount of dopamine into the body (that we already have). Ever heard of runners high? It’s like that times a thousand. Your senses are heightened and you are transported into another realm where everything is magical but you’re still here (unlike LSD or mushrooms where you can literally go somewhere else). The effects usually last up to four hours.

Because it makes a person feel so euphoric some can become addicted to it, not chemically like heroin, but mentally and emotionally because you want to remain in that space. However, if a person was to become addicted to it mentally, it really has nothing to do with the drug and more to do with the person. For a person to become addicted, they already have some major emotional issues in life that make them want to take the drug so that their problems “go away”. However this is no different then adults who take pharmaceutical drugs for their “pain”.

I have personally seen people become addicted to it and it’s not the same as a chemical/physical addiction. These people were already “sad” in life and then began using ecstasy to make them happy, instead of focusing on themselves internally.

Some people have been known to become depressed from taking Ecstasy because they wish life was always like what they felt when they were on it. Basically, the “down” is hard because you are so high and happy when you are on it.

Ecstasy (when taken in the right environment) can have a very healing affect because it gets a person in touch with their emotions and who they really are. Many people have had life altering experiences on this drug that have given them profound perspectives about who they are, what they want to do with their lives, and their relationship with their friends and the world. Personally speaking I’ve seen more good then bad come from this drug and would prefer this drug to alcohol. I’ve seen some of the angriest and most hate filled people take Ecstasy and become the most kind and loving individual’s, literally overnight.

What You Need to Know

If your teenager is taking Ecstasy, here are some tips you can use to help keep them safe and responsible:

2. Drink lots of water as your body can dehydrate quickly

3. Do not mix other drugs (except pot which actually helps settle the stomach)

4. Take 5-HTP before and after so it replenishes the body serotonin.

5. Be in a safe environment. More than likely your kid will be at someone’s house, a club, rave, or dance event so the main thing is that they drink lots of water and not leave until the effects have worn off. If your teenager is with friends at someone’s home, this is the best place for them to be.

Likely, if your teenager is doing Ecstasy, they’re also going to clubs or raves. Once again I want to point out that if this is the case, don’t panic or react in a negative way because it will push your teenager away and close the door on your ability to help keep them safe. Again, I’m in no way condoning the use of it. Your teenager will be doing this if they want whether you like it or not and your best bet is to keep the lines of communication open. Here is what you can say to them regarding this:

“I know that if you want to take Ecstasy you can and there is nothing I can do about it. I prefer that you hold off until a later age to try it if you’re going to try it. But if you’re going to try it now, here are some of the pros and cons of doing it (then discussing the points I mention above along with any other research you find as you educate yourself as much as possible on the subject). Also, if you’re going to try it please do it somewhere where you’re safe and don’t drive or do anything where you might harm someone else. If you do take Ecstasy and get in trouble or cause damage, you will need to suffer those consequences. I love you no matter what and as mentioned, here is why I prefer you to not do it”.

Almost all of the deaths parents think are caused by Ecstasy are not because of Ecstasy. It’s because their child:

1. Mixed the drug with other drugs and their heart could not take all the mixing (the heart is being told to go up with one drug and go down with another).

3. They took something that they thought was Ecstasy but it was not Ecstasy.

4. They took too much. This generally happens to petite girls who barely weigh 100 pounds and took one too many for their little body to handle.

This is why it’s so important that you have the ability to educate your teenager on the issue so that they know “how” to take it and be more responsible with it. Almost all the negative effects I saw with the use of this drug had to do with either:

A. Poor education and lack of ability on how to use the drug in a responsible manner (mixing, taking too much, not drinking enough water, in a bad environment, etc.)

B. Existing frame of mind (very depressed, lost, confused, low self-esteem, suicidal, etc…) prior to doing the drug so the person was already in a bad place and the drug acted as a catalyst to put them over the top.

I know you’re afraid to hear this because of all the misinformation you’ve been given by the media. Ecstasy is a great drug and really fun when taken in the right environment and dosage. If your teenager does it, they will likely want to do it again. If you’re really strict and can keep them away from it for a bit, it won’t last too long because they will be able do it on their own when they turn eighteen.

The downside to a strict parenting point of view is that when they do it, they’re not well educated on the subject and have the potential of suffering more damage. If you just accept the fact that it’s a potential choice your best bet is to educate them so they can be responsible about it.

As an ex-rave promoter I’ve seen countless stories about the issues of drugs and Ecstasy. From first hand experience I can tell you that 99% of all the deaths and other issues with drugs could have been avoided if the child had a good relationship with their parents. I’m not saying that no problems could arise but most of them could have been avoided.

Many kids are afraid to turn to their parents for fear of retribution. And because many parents are close-minded about drugs, they tend to have an all or nothing approach which leaves their child to have to figure these things out on their own should they decide to try them.

Boredom – How to talk to your teen when they are bored